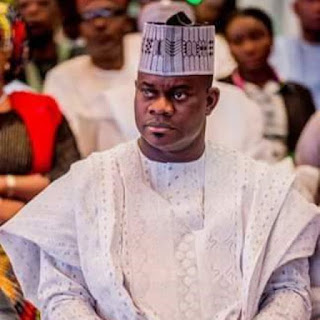 Indication yesterday emerged that a looming telecom blackout which threatened about 13 states, including some parts of Abuja, might have been averted following the intervention of Nigerian Communications Commission, NCC.
The commission said its intervention in the dispute between telecom operators and Kogi State government led to the unsealing of telecom operators’ infrastructure in the state.
NCC said Governor Yahaya Bello had on Wednesday ordered the unsealing of telecom Base Transceiver Stations, BTS, restoring services to over 120 sites after a meeting between the governor and NCC (regulator) in Lokoja, the state capital.
The governor was also said to have directed that court cases instituted by the state be withdrawn and amicable settlement reached between the telcomms and Kogi State government.
Penultimate week, the state shut down the BTSs following a standoff with telecom operators over revenue-related contention, which led the telcos to threaten telecom blackout.
According to sources, the Executive Commissio-ner Stakeholder Manage-ment, Mr. Sunday Dare led the delegation that included officials of the affected Telcos to the meeting which held in the Governor’s Office.
Telcos like IHS, MTN and ATC and the head of the Kogi State Inland Revenue Service and Chief of Staff to the governor were also at the meeting.