Share
Tweet
Share
Share
Email
Comments
History beckons on Barr Natasha Akpoti, the candidate of the Social Democratic Party in the forthcoming senatorial election in Kogi central. Indeed, there is no gainsaying the fact that she is eminently qualified to represent the good people of Kogi central at the upper chamber of the National Assembly in the next political dispensation. 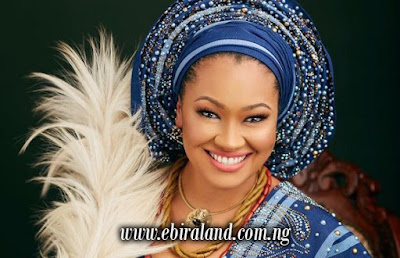 For the benefits of my followers, readers and friends on this platform, I wish to throw more light on my professional status, as you may be aware, I am a professional journalist cum public relations expert to the core. I wish to make it abundantly clear that I am not a politician in the real sense of the word.
The last time I got myself involved in active politics during the tenure of the former governor of kogi state, Alhaji Idris Ibrahim, I got my fingers burnt. I can recall that I had wanted to be the executive chairman of Okehi, my local government of origin. That was the occultist-like politics of the People Democratic Party in Kogi State. Up till today, that sad memories live with me. Some so called stakeholders from Ihima town gathered at the village square in Ohueta to pass supreme Court justice on my fate and twenty other Aspirants. Behold and lo! We were told in ambiguous term that we could not make it at the so called shadow election presided over by some “wise men” that decided our fate at that kangaroo court.
After this bad experience, I decided to say bye bye to politics until we entered an era of progressive politics that we are seeing in the APC government in Nigeria today. Ladies and gentlemen, now that the environment is not polluted by bad belle politics, let me let the cat out of the bag that I am warming up for the House of Representatives to represent the good people of Adavi/Okehi federal constituency when the turn of Adavi runs out and it’s the turn of Okehi. Let’s keep our fingers crossed and pray for good health and long lives from the Almighty God.
Let’s go back to Barr Natasha Akpoti issue.
We are all probably aware that a worthy daughter of Ebiraland has already thrown her hat into the ring to represent the good people of Ebiraland at the red chamber in the next political dispensation. Many people have been asking what gave Natasha Akpoti the courage to do so, this is the crux of the matter that I will address sufficiently in this write up.
To whom it may concern, candidate Barr Natasha Akpoti is intelligent, vocal, sociable, accessible, vibrant and young. She has the spirit and the attributes of former President of the United States of America, Barracks Obama who defies all odds to emerge as the first black president of the God’s own country.
Can our own Natasha Akpoti replicate this Obama feat and success in Kogi central, the multi-million-dollar question on my lips as I pen down this writeup is how far can candidate Natasha go against the odds and challenges starring her in the face. Going into this election, Barr Natasha’s Akpoti profile is very rich but we all know that the more you look the less you see in Ebira politics, like a voodoo.
If we play politics according to the rules of the game, Natasha stands a bright chance to win the election and make history as the first woman to be a senator of the federal Republic of Nigeria in the history of Ebiraland.
Recall that all our past senators since independence have been men all the way, namely Senator Obaro Abonyi, Senator Pius Lasis, Senator A. T Ahmed, Senator M S Ohiare, Senator Ohize, Senator Abatemi Nurudeen and Senator Salawu Ogembe respectively.
At this juncture, I will like to talk about the odd against Barr Natasha Akpoti in her quest to become a senator of the federal Republic of Nigeria. Even though Natasha’s popularity is soaring high, her political party lacks formidable structures in the five local government areas of the central senatorial district of Kogi State. Can her popularity alone deliver victory for her in the forthcoming senatorial election?
In conclusion, will the womenfolks in Kogi central line up behind one of their own, if these women are wise, I think they should do so in their own overall interest. Our men have used and dumped them like rags in previous elections in Kogi central.
Ebira women, please rethink and do the needful, let Natasha Akpoti break the jinx, let our menfolk go and hug transformer and history be made. Up up Natasha, ovidi waanahara
– Otori Ozigi, a retired public servant, journalist /Public Relations consultant

The Real Problem With Ebira Nation – by Otori Ozigi
Why Engr. Joseph Bello Is Best For Adavi-Okehi Federal Constituency