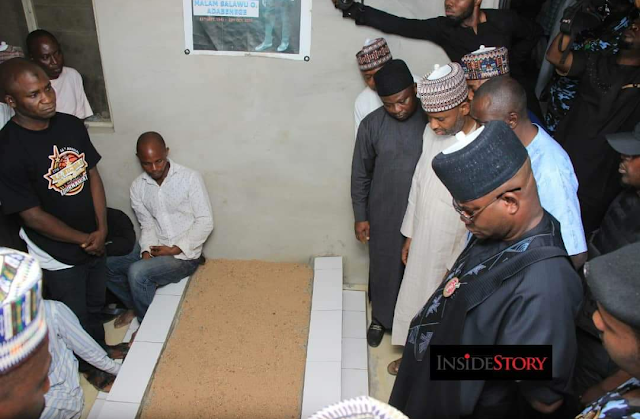 The Kogi State Government has placed a bounty of N100 Million Naira on useful information that will lead to the arrest of the killers of Adabenege Yusuf.

Gov Yahaya Bello made the pronouncement when he paid a condolence visit to the families of his slain aide on Tuesday, the day reported to have been a special outing for “Aneku Sementi,” a traditional masquerade in the custody of Yusuf.

Recall that Yusuf and his driver, Zubair Musa were assassinated on Friday November 16th, 2018 along Obehira-Okene road.

Gov Bello in his visit to both bereaved families, promised to take all measures to bring the perpetrators to justice.

The Governor also dropped a phone number reported to be one of his personal lines specially dedicated to security reports through text messages, while assuring that identities would be protected.