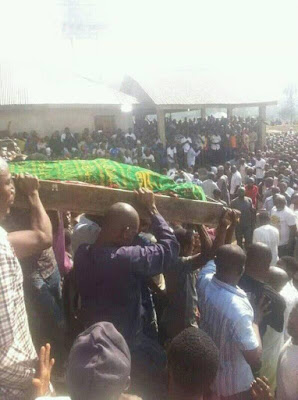 The Ebira people, my people arguably belong to the league of ethnic groups in Nigeria with a complete cultural system, beautifully packaged way of life and endeavors while peacefully coexisting. The Ebira culture when wholly researched and understood, reveals a communal and logical adoption of practices to complement the belief system of the people.

Our trajectory into this century has evidently witnessed a plummet in the observance of these cultural practices. Modern religion and civilization are solely responsible for this unfaithfulness to what our forefathers thought they had handed down to be passed on to generations. Concomitantly, the knowledge of these practices wanes gradually, yet at a pace that probably would be difficult for the next generation to grasp. In fact, some of my friends only got to know the mystery behind Ekuechi festival when my curiosity got me to write about it.

The day a man was born, the day he marries, and the day he dies are the three most important times in a typical Ebira man’s sojourn on earth. Therefore, it was pertinent to clearly lay down principles and practices that will guide the observance of these all-important days. Thus, just as Christianity and Islam taught their faithfuls, how a child is christened, a young adult marries and the dead buried are clearly spelt out in our unwritten “Ebipedia.”

I only recently started to question myself on these things, and struggled with how our people buried their deads before Islam and Christianity took over. Another curiosity right? Yea! The type that led me into reviewing the work of John Picton, Emeritus Professor of African Art in the University of London, whose research works in Ebira Land are practically unbeatable. In his paper published at the University of Nebraska, he emphasized the significance of such clothes as the “Itokueta,” a hand-spun cotton textile made of three pieces.

The distinguishing features were an indigo-dyed weft, and one or other of two distinctive sets of warp stripes; one for the corpses of men, the other for women. It is the responsibility of the family of the deceased’s mother (omė’nyi) to supply the itokueta to wrap the bodies of the deceased ready for burial. Meanwhile, if the deceased passed on prematurely, the Ebira tradition holds that the deceased had not achieved the status of grand-parenthood, or if the deceased was otherwise a man or woman of no particular status, a grave would be quickly dug, behind the house or elsewhere, and the body buried the same day as the death itself.

“If, however, the deceased, whether man or woman, had achieved what was regarded in Ebira tradition as a good death, ie as a grandparent and dieing in hirth order (it was socially difficult for a senior to mourn a junior, for example) the process of hurial would he rather more elahorate. The hody would be on view in the house preferably overnight laid out on a platform in the main passageway, or in a room, and the walls and doorways hung with itokueta. Anyone passing by would see immediately that someone of importance within that community was awaiting burial, and they would see whether it was a man or a woman.

The family might also have invested in some ‘itogede,’ indigo and white handspun cotton cloth with undyed bast fibres. It was more costly, and thus prestigious, but not gender-specific in its patterning. The body itself would lie on itokueta, covered or dressed in the deceased’s clothing, leaving the face and arms visible. Sometimes a cloth of machine-spun yarn, with tloat-weave patterns, would be placed over the clothing, but still leaving at least the face visible.” Picton (1996, p.254) In the house where the body lays, women relatives would sing all night long, while a special pot-drum (anuva) is played for people outside to dance. If the deceased happens to be a man, masquerade (eku) might appear to join the dance.

The following day, people would rest, though mild musical and masquerade activity could prevail until late afternoon when people would reassemble for the burial procession. The body is wrapped in the deceased’s clothes, followed by the itokueta and sometimes the itogede that had been draped around the walls and doorways. According to Picton, by the 1960s, a respected and senior man would most definitely be wrapped in the Ubaneito, a red patterned cloth from Kabba axis of Kogi State. Once wrapped, the corpse would be tied with strips of white cloth to a broad plank, wide enough to contain the body. It would be paraded around the village, carried on a man’s head, and accompanied by young men, women, drummers and masquerades (if the deceased were a man) in a procession.

The procession with the corpse might well include a man carrying the empty coffin on his head following the man carrying the wrapped corpse. The grave for someone of importance would be dug during the morning of the burial. This is often done in the prominent part of the house such as the front veranda, or the main passage, or its principal public room. Interestingly, on the day of the burial, the children of the deceased appear in the clothes of the deceased, especially for the procession. To this end, there is one underlying similarity between the three religions when it comes to death, the world beyond (idaneku) unanimously agreed to be determined by the deeds of an individual as a sojourner on earth. Though the Ebira traditionalists believe in the reincarnation of the dead revealed by divination, and the return of powerful traditionalists as masquerade performers. “People learn more on their own rather than being force fed.” – Socrates.