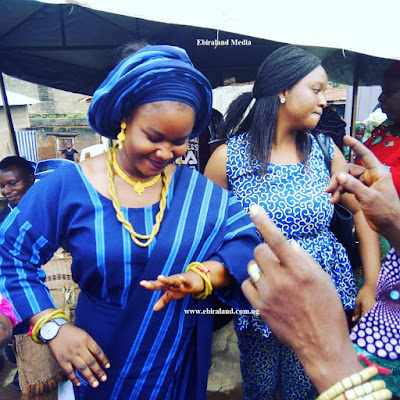 The Ebira people are outspoken and very hard working. Farming and cloth-weaving are occupations the Ebiras are known for. Anebira (Ebira People) speak Ebira Language, a Nupoid language belonging to the larger Niger-Congo language phylum. Ebira is spoken by about 2 million people in Nigeria especially in Kogi State.

Many Ebira people are from Kogi State, but some can be found in Kwara State, Nasarawa State, Federal Capital Territory, Abuja, and Edo State. Okene, Kogi State Nigeria, is said to be the administrative center of the Ebira-speaking people in Kogi state.

Anebira (Ebira (Igbira) people) uphold their traditions. Awesome features of their culture can be appreciated most in the event of traditional marriages. 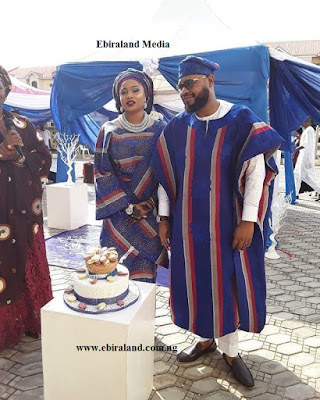 In Ebira tradition, a man can not walk to the parents of the lady he wants to marry to disclose his intentions (In the old days though, this has changed); his parents or elders mostly the women do this by going to the lady’s parents to introduce themselves and also to inform them of their reason for coming to the house.

When a man sees a lady he want to marry, he discusses his intentions with her, if she likes him and also interested, she tells him to bring his people to express his intentions to her parents.

After this is done, the parents of the lady then carry out their private investigation on the upbringing, background, family history and so on, of the intending groom, this is done to know if there is madness, terminal diseases or criminality in the man’s family. No parents want to give their daughter’s hand in marriage to a family with a tainted reputation in the society.

After all investigations and no fault found, an approval is given to the man to visit the bride-to- be from time to time to get to know themselves properly.

A date is later picked for the formal introduction of both families and this is called “Isa Ewere” (Ise-ewere) which means the secret is now in the open. During the celebration, there is usually the presentation of gift items made by the family of the groom to the family of the bride.

The gift items usually include; tubers of yam, dried fish or bush meat, 10 liters of palm oil, a bag of salt, assorted wines and kola nut. The groom may also decide to present two wrappers to his would-be bride but this is optional. On the day of introduction, it is not necessary that the man attends the occasion as his family members do the necessary things on his behalf. The bride’s family in turn, entertains the groom’s family with food and drinks. The families interact with one another and formally introduce every member of both families.

The tubers of yam and other items brought are distributed to neighbors and members of the extended family no matter how small. This is done to ask for their prayers for a happy marriage as well as to ensure the acknowledgement of the community that the lady now has someone she intends to get married to. After this is done, the date for the traditional marriage is then fixed.

The bride price is also agreed upon by the parents of the bride and it depends to a large extent, on the financial strength of the man. Apart from the bride price, there are other things like “ozemeiyi” meaning “I like her” which a certain amount of money is attached to, and “otanuvogei” that is “joining hands together” which has it own amount attached. There is also “idoza” meaning “farming price” paid to the bride’s family because Ebira people are predominantly farmers. In the olden days when young man had to farm, the groom and his friends choose a day to farm for the bride’s parent but these days because most young men don’t farm any longer, they pay money instead.

On the day of the traditional marriage, women in the man’s family are seen singing and dancing carrying tubers of yams on their heads to the lady’s house. The singing and dancing continues at their arrival at the lady’s house where the ceremony kicks off. Other items to be taken are cans of palm oil, groundnut oil, dried fish, some clothing materials in some boxes etc.

The ceremony is mark with colorful display of dances by maiden groups mostly the bride’s friends and by women groups. The parents of the couple offer prayers to bless their marriage and if a clergy man is present he prays for them and hand over a certificate to them to acknowledge their marriage.
The lady is thereafter, escorted by her friends and other women to her husband’s house with her belongings. 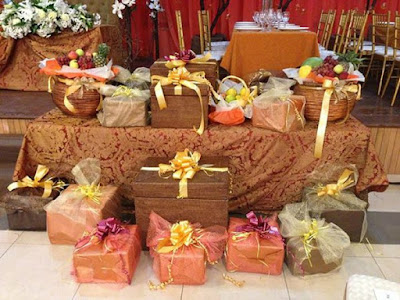 Ebira culture is so great compare to other parts of the country Nigeria, where you need to bring heaven and earth before you can pick a bride.
To my friends that are bachelors like me what are we waiting for? 😃😃😃😃😄

Please share this with your friends and drop your comments below………..

Onyiete the Ex-Love of My Life Flashed Me Today. (I Almost Got Beaten Up).

ABOUT US
The Ebira People's Online Resources Portal, exist to put Ebiraland on the MAP, Plus We Deliver The Best Ebira Contents to Showcase Ebira Culture and Traditions to The World.
Contact us: ebiraonline@gmail.com
FOLLOW US
© 2019 Ebira Online Media - All Right Reserved.