In the past, women were constrained to raising kids and kitchen duty and that went on for years, however, times have changed and women have really stepped up and are taking the lead in various sectors of the economies around the globe. Even in Nigeria, we have women leaders in many areas. Below are some of the richest women in Nigeria. 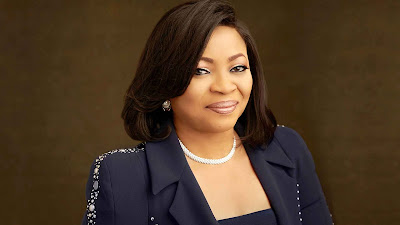 Folorunsho Alakija was born 15th July 1951 in Ikorodu, Lagos State. She studied fashion designing in the United Kingdom after which she came back to Nigeria to establish a fashion company. Fashion design fetched her some wealth over the years, and for a time, she was the secretary of the International Merchant Bank of Nigeria which happened to be among the first banks to be established in the African continent.

Alakija is the current Executive Director of FAMFA Oil – a company that is engaged in the production and exploration of oil and gas in Nigeria. Oil exploration and production is what produced the bulk of her fortune. According to our sources, her company is worth over $600 million. Her net worth is over $2.1 billion (N350 billion), she is into real estate that fetches her over a $100 million and she owns a private jet worth $46 million.

She is the richest woman in Nigeria, second richest in Africa. As at 2014, she overtook Oprah Winfrey as richest black woman in the world.

Bola Shagaya was born 10th October, 1959 in Ilorin, Kwara State. she is a diversified businesswoman with interests and businesses in oil production and exploration, real estate and banking, she also is involved in photography and communication. She is owner and CEO of Bolmus Group International, a company that is engaged in oil, banking, and real estate, however this isn’t the only company she owns, just the most popular. She is also a member of the board of directors at Unity Bank plc, but like Alakija, most of her fortune comes from oil production.
The lady owns a lot of property in some of the most exquisite neighbourhoods in Nigeria, but aside them, she also has properties in the United States and in the United Kingdom. Her net worth is $1.9 billion and she is the 4th richest woman in Africa.

Daisy Danjuma was born 6th August, 1952 in Benin City, Edo State. She is wife of one of the richest men in Nigeria, Gen. Theophilus Danjuma. She runs a lot of companies in Nigeria and she owns quite a good number of them. She has proven on many accounts to be a bright leader and entrepreneur.
Danjuma’s bank account started growing significantly when she was elected as a Senator in the year 2003. She has also been a part and leader of prominent committees. She was once the Senate Committee Chairman on Women Affairs and Youth Development and Chairman of the ECOWAS Parliament’s Women and Children’s Rights Committee.
Danjuma’s net worth is about $1.71 billion dollars and a lot of people consider her to be the richest female entrepreneur in Nigeria as her skills in entrepreneurship beats those of others.

Fifi Ejindu may not be very popular however, that doesn’t stop her from being rich. She was born in Ibadan, and she is the great-granddaughter of King James Ekpo Bassey of Cobham Town in Calabar, Cross-River State, Nigeria.
She is a graduate of Pratt Institute in the United States of America where she studied and graduated as an architect. Sometime later, she started Starcrest Group of companies which has interest in oil and gas, real estate, and building construction. This company of hers later grew to become a corporate empire worth millions of dollars and in that wise making her one of the richest women both in Nigeria and Africa.
Fifi Ejindu was honored with the African Achievers African Arts and Fashion Lifetime Achievement award in the year 2013. She is worth more than $600 million.

Dr. Stella Okoli was born in 1944, in Kano State. Unlike most of her rich female counterparts engaged in oil production and real estate, she rose to the ranks of the richest women in Nigeria with her pursuit of providing affordable and available healthcare to Nigerian citizens. She is a woman who started with little and with persistence and hardwork, rose to the top of the Nigerian pharmaceutical industry that she is now an entrepreneur unmatched in her field.
She is founder and CEO of Emzor Pharmaceutical Industries Limited that has produced more than 30 drugs that are being consumed by a large number of Nigerians and Africans on a daily basis. This company is more than 33 years old and it is still flourishing.
Her pursuit of healthcare brought her the esteemed honour of being a Member of the Order of the Nigerian in 2012 and she was also awarded with the ECOWAS International Gold Award. She is worth more than $500 million.
Share on Whatsapp Share on Facebook
In this article:Business, Women

What you should know about the woman on the 20 naira note.

Ladi Kwali left behind a legacy of creativity and artworks that blended traditional African and Western pottery. Do you know about the woman on the...

#WoMan_ArTiCLe😇😇😇😇😇 #MENSTRUAL_CYCLE_AND_OVULATION . (Safe Sex and Unsafe sex period) Most girls don’t understand this because of much heavy grammar used to teach it. Every...

By Yabagi Abdullahi Umar. The Governor of Kogi State, Alhaji Yahaya Adoza Bello, yesterday, in his usual magnanimity demonstrated his commitment to the welfare...

The Department of Petroleum Resources (DPR) has closed down a filling station, Mubhan Oil and Gas in Okene LGA of Kogi State for operating...

How to Start Small Importation Business Anywhere In Nigeria With Small Capital.

Hello my name is Yakubu Binuyaminu Adeiza (Binoosmart) thanks for visiting my site. I remember my days in Federal Polytechnic Ado Ekiti, Ekiti State....