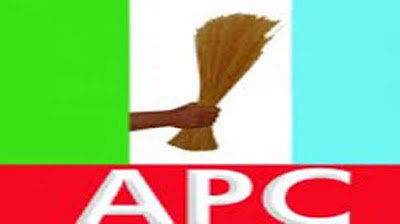 The leadership of All Progressives Congress (APC) in Kogi State has adopted the option of indirect delegates primaries in the forthcoming party’s primaries to field candidates for the various elective positions in next year’s general elections.
The resolution was unanimously reached by members of the party at the Executive Council (NEC) meeting that held on Wednesday in Government House, Lokoja.
Addressing party faithful, Governor Yahaya Bello urged aspirants interested in standing for elective positions to go ahead and purchase their intent forms as the government does not have anointed candidates as widely presumed by members of the public.
Governor Bello assured that the party would create a level playing ground for all aspirants to test their popularity, and promised to work with whoever eventually emerged from whatever methodology agreed by leaders and members of the party on how candidates should emerge.
Governor Bello says; “Forms are on sale, feel free to purchase. Every member of the party and aspirants alike are all my people.
“The insinuations that some aspirants have been anointed by me are false. I will not anoint anyone. We are ready to make the process free, fair and credible. I will eventually support whoever you decide to select as our party’s candidate,” he added.
According to the Governor, the interest of the party is to sweep all the elective positions on offer with a landslide in the coming elections, describing the NEC meeting as the first meeting that has held as Governor.
He further warned all the party executives in the state to desist from all forms of extortion from  aspirants with the promise of securing party ticket for them, adding that anyone found engaging in the illegal act would face the full wrath of the law.
“The era of extorting money from aspirants with the aim of influencing the outcome of primaries in their favour is over. I have been a victim of extortion in the past and I know how it feels. Don’t take advantage of anyone seeking public office. Let’s allow them equal opportunity and rally round anyone who emerges the flag bearer.”
Speaker of the state House of Assembly, Rt Hon Matthew Kolawole had earlier applauded the decision of the APC family to hold the NEC meeting, stressing that it was an avenue for leaders and members of the party to harmonise and come up with concrete resolution on their choice method for the party’s forthcoming primaries.
He particularly lauded the Governor for giving all party faithful the opportunity to air their views, adding that the decision to choose indirect primaries was a step in the right direction.
Speaking, recently elected member of the Federal House of Representatives for Lokoja/Kogi Federal Constituency, Hon Haruna Isah had described the decision of an indirect primaries as laudable one in view of the myriad of challenges being faced in the authentication of accurate membership of the party.
The Chief of Staff to the Governor, Hon Edward Onoja had earlier told the gathering that the APC was not ready to jeopardize its chances at the primaries, stressing that love of the party has continued to soar under the current administration as it has gained over 500, 000 foot soldiers in the various Local Government Areas of Kogi State.
“We have agreed as a party that our choice is indirect primaries. Let’s save our party the challenges of direct primaries. I would align myself with the option proposed, which is indirect primaries and avoid sponsored individuals who would want to disorganize the process and infiltrate the APC,” he said.
Hon. Onoja expressed optimism that the peace witnessed in the various congress elections in the state would be replicated in the party’s primaries and called for team work and synergy amongst members.
On his part, Chairman of the party in Kogi State, Hon Abdullahi Bello had lauded members of the APC for their peaceful disposition and commitment towards ensuring overwhelming victory at the polls, and assured of the party’s commitment towards a transparent process.
He praised Governor Bello for his dedication towards the cause of the APC, assuring of the party’s preparedness towards ensuring convincing victories at the polls.
Share on Whatsapp Share on Facebook

INEC To Prosecute Gov Bello After Tenure Over Double Registration.

How Ebira People Left Idah To Their Present Areas.