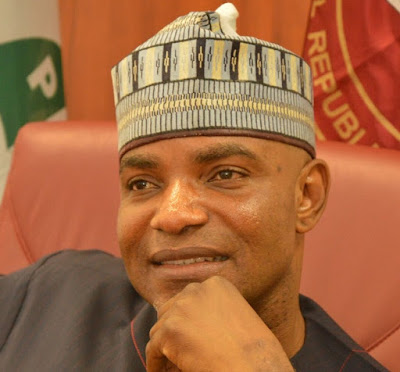 A socio-political group, Kogi Central Rebirth has said that Senator Salau Ahmed Ogembe is still the best for the people in the 2019 election.
The group also  said that after due consultation with major stakeholders, they have decided to endorsed him for a second term, for what it described as the senator’s focused, effective and dedicated service to his constituency.
The  president of the association, Alhaji Suberu Itopa said Ogembe’s performance at the red chamber has supersede  his predecessors, saying that every good turn deserves another.
Itopa commended Senator Ogembe for making himself accessible to the people in addition to the remarkable support given to the youths in gaining employments and the construction of  motorized boreholes with standby generators across the five local governments in the central senatorial district.
According to the group, his empowerment programmes has touched numerous lives in the senatorial district which they said has made majority to become financially independent.
“We have watched with kin interest the activities of the senator since he resumed at the red chamber. We are satisfied with his outstanding performance so far and we hereby call on him to seek a second term so as to consolidate on his present gains.
“He has empowered our youths and women. Some of them are now self reliant. We believe that as a ranking Senator with more powers and better contacts, he will do more. We are  appealing to the people of Central senatorial district to support him to achieve more lofty  height in the Red chamber.”
The group which promised to thrown their weight behind the senator, declared that they have already started the process of sensitizing the people ahead of the 2019 general elections.
The group however warned the people of the consequences of changing a winning team, adding that the people will get more of the dividends of democracy if the senator is allowed to get a second term.
“It is high time the people of central senatorial district produce a ranking  senator that will be able to attract more dividends of democracy to our  people,” the group solicited.
Source Credits: Kogireports..