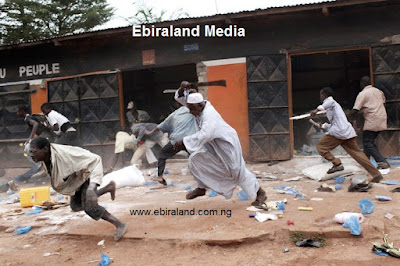 Ahead of the 2019 general elections the President General of the Ebira Peoples Association (EPA), Dr. Musa Abdulrahman Adeiza has called on all aspirants to various positions from Kogi Central senatorial district to play the game according to the rules devoid of violence and acrimony.

The president who Stated this during a meeting  with aspirants on the platform of different political parties in Lokoja on Sunday, noted with regret, the experience of previous years where contestants from the area were at daggers drawn in the quest to represent the people.
Taking the aspirants through the memory lane, he noted with sadness a situation where several human lives and property worth millions of naira were lost in the name of politics, saying that the aspirants must guide against it occurrence.
According to him the whole essence of the meeting was to caution the major actors against acts and utterances capable of causing frictions with its attendant grave consequences on the people and the community.
He noted that only one person can occupy any political position at a point, saying that if their intention is to represent or serve  the people, they should be careful in what they say or do that can cause the people sorrow and discomfort.
The president promise to collate all issues raised by the aspirants for onward transmission to the appropriate authorities for their action, saying that they will continue to engaged other stakeholders in the days ahead.
He called on the people saddled with the responsibility of ensuring compliance with the law and order to do so within the ambit of the law with people at the back of their mind.