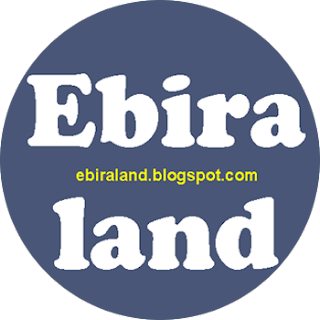 These days, if your cultural name is not ‘tushed,’ you will re-shape it for yourself just to make it sound modern. For every Ebira name is a history and purpose. Here are some ancient Ebira names and their respective meaning in English Language. Some are still trending, while some have been neglected.

Asipita: A child of History. M

Amewuru: The harbinger of confusion. M

Adabara: Head of a compound. M

Adajinege: The tallest of them. M

Ajooze: The one standing on the way. M

Adinoyi: Father of the multitude. M

Anataku: The surrounded one. M

Azamare: Test (Trial), he who is under the test of God for survival. M

Anoze: That which is delivered on the way to the farm or that which is to open the gate for others to follow. F

Anagwureyi: The famous one. M/F

Eneyamire: That which the eye has seen. M/F

Ezuhio: Heralded by the many or the multitude. M

Enesi: That child which is greatly sought for, the much-loved child. M

Otuwho: Child named after a succession of deaths of other children in a family. F/M

Ovavi: Child named after a succession of previous children. M/F

Orahachi: One that finds a place to stay. F

Ochiiji: Child of a termagant who is notoriously quarrelsome. F/M

Onozare: That which is seen by the naked eye. F

Osheyiza: That which is memorable. F/M
Onoto: The one that is proud and self -centred. M

Onotu: The one that is met or affected. M

Onozasi. The one people search for. F/M

Onsachi: The one ready to be sent. F

Onuchi: The one whose burden was lifted. F

Onimisi: The one I want. M

Omeyi: One who shows off. F

Omeiza: The pious one. M

Ozovehe: Man is the symbol of life. M

Otori: Friend of the gods. M

Onyeche: Named after a festival, meaning the mother of festival. F

Ozomata: No end for man. M

Note: Most of the meanings attributed are literal, and they are subject to corrections.

However, what is your traditional name? Do you know the meaning and mystery surrounding the name? If no, find out. If yes, post it as a comment below for us to learn.

5 Myths You Will Hear From A Typical Anebira.

Scientist Recommend Asthma Plant (Irevuku in Ebira) As Herbal Remedy For or COVID-19.