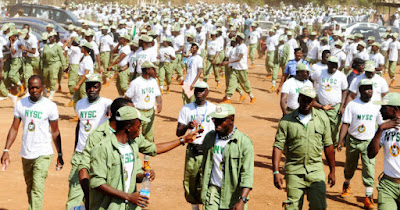 As the 10-week-old strike by doctors in Kogi State continues, the state government has said it has no option than to engage the services of serving National Youth Service Corps, NYSC, doctors as palliative measure.

Commissioner for Health, Dr. Saka Haruna, who stated this yesterday, claimed that the industrial action by the medical doctors was political.
The state government has been accused of deploying youth corps doctors in place of the striking medical doctors for close to three months.
But Dr. Haruna said the corps-doctors were qualified alternatives to save lives, pending when the striking doctors will make up their minds to see reasons with government and return to work.
He said: “The striking medical doctors are not helping matters, as they continue to make unrealistic demands beyond the reach of government. They should see their services as humanitarian.”
Haruna also noted that the state government’s health intervention scheme was put in place by the governor to cater for the poor and vulnerable in the state, stressing that 50,000 indigent patients had so far benefited from the free medical outreach under the scheme.
The commissioner also disclosed that N580 million was spent on procurement of medical equipment and drugs for five zonal hospitals across the state in the last two years.
He added that his ministry within the period under review recruited 2,000 professionals and health care workers to boost effective service delivery in the state.
Share on Whatsapp Share on Facebook Tweet
Tags: Doctors NYSC Strike
Share on
Share on Facebook Share on Twitter Share on WhatsApp Share on WhatsApp