0
Ebira Mobile App! Download Ebira Online Mobile App on Playstore!
Click Here
Hello!!! and welcome to Ebiraland Media (Ebiraland.com.ng) the Ebira peoples online portal where you get to read latest news from Ebiraland and awesome articles about Ebira as a tribe.

In this post today i will be showing you four women that made us proud at the national and international level. Yes! they made us proud, we are proud of them and we will forever be grateful to God, for giving us such gifts.

I once receive an email from one of Ebiraland Media reader asking me why i always write about Ebira Women and not much on Ebira Men well the answer is straight forward while our Men are busy with the homeland politics, battling, and killing each other our Women are busy with their career in business, and education, bringing home one award and the other, Nationally and Internationally.

So lets begin the listing of three Ebira Women That do us proud.

She made history at the Nigerian Law School, Abuja, after she was named the winner of nine prestigious awards in 2015.

This Ebira Female Student Breaks Record At Nigerian Law School in 2015 Daily Trust reports that, this 26-year-old Fatima broke the existing record in the school by bagging nine separate awards compared to the previous record of seven awards ever received at the Call to Bar of the Nigerian Law School.
Please are you proud of her or not? as for me i’d like to have such woman as my Wife, Sister, or Daughter. Click here to read full details on her award come back though.

Recommended: Joke: Ebira Mothers And The Beauty Of Their Slaps In Child Upbringing.

Mercy Johnson-Okojie hails from Okene. Right after her secondary education, she auditioned for a role in The Maid, a movie that was to launch her into stardom. Her performance in that movie paved the way for her into getting more roles in movies such as Hustlers, Baby Oku in America, War in the Palace, and many more.
In 2009, she won an award for Best Supporting Actress at the 2009 African Movie Award ceremony, and then Best Actress award at the 2013 Africa Magic Viewers Choice Awards for her role in the comedy movie Dumebi the Dirty Girl. In December 2011, she was listed as Google’s most searched Nigerian celebrity, a position she also held in 2012. To be candid Mercy Johnson is worth nothing less than N 700 Million if I’m not mistaken and also she’s one of the most paid Nollywood actress. She also got a political appointment with Governor Yahaya Bello as his Senior Special Assistant on Entertainment in Kogi State. Are you not proud of her? because I am. 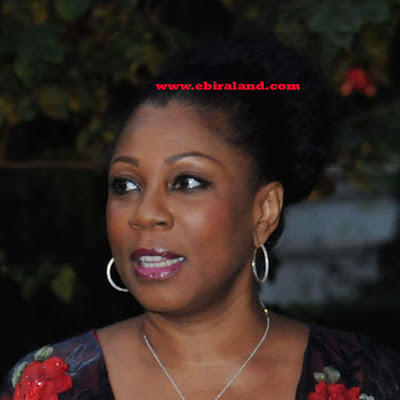 Ghanaian president-elect, Nana Akufo-Addo, on Wednesday announced 53-yr old Saratu Atta as his personal assistant. Saratu Atta the daughter of late Adamu Atta, the ex-Governor of Kwara State.
Saratu Atta – Personal Assistant To The President.
No matter what she’s archived a greatness and do us proud. You can read full details of her appointment here. 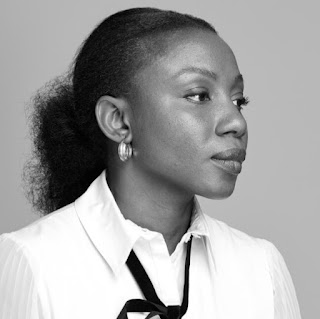 She has just been selected by The Telegraph as one of the 30 women in the UK changing the beauty game.
The team behind her Epara products include international make-up artist and Chanel ambassador Kay Montano. No wonder Harrods snapped it up. Epara product is An organic and natural skin care brand devoted to nourishing and protecting your skin using African ingredients. Envelop your skin in luxury.

Not only that she was named as one of the 30th women in the United Kingdom, I personally found joy in the name of her product Epara which is the indigenous name of cream in Ebira Language.

Are you a Man? and you are one of those those that think women are nothing but a child bearer and belongs to no place except the kitchen and the other room? i guess you will have a rethink now because Ebira Women are exceptional due to their success where Ebira Men tend to have failed. Its a challenge though to all Men.

The Need for Ebira Women Involvement in Political Appointments

Informally, it takes the forms of storytelling, gossips and conversations, folk songs. Formally, sexuality education is carried out through cultural practices.