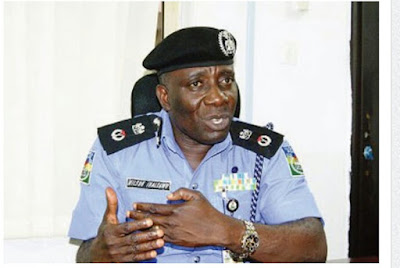 The Commissioner of Police in Kogi, Wilson Inalegwu has revealed why the Special Anti-Robbery Squad killed a suspected notorious robber and kidnapper on their wanted list for many years, Isah Lukman, popularly known as Commander.

This revelation by Inalegwu puts to rest the controversies on whether the suspect survived the gun wounds before he was taken away by the F-SARS on Sunday afternoon.
Mr. Inalegwu said that Lukman was shot dead during a cross -fire with SARS men who came in from Abuja to arrest him.
He said that the suspect and some of his gang members on sighting the police team immediately opened fire on them, forcing the police officers to respond.
The commissioner said the police also arrested six suspected members of Lukman’s gang.
The police has also linked Lukman to the armed men who attempted to assassinate Dino Melaye in his Ayetoro-Gbede home in April.
“The suspect was declared wanted in connection with the crime by the police following confessional statements obtained from some suspects,” he said.
Mr. Inalegwu said Lukman had been on the police wanted list for his alleged involvement in high profile crimes, including armed robbery and kidnapping.
Newsmen learnt that some members of Lukman’s gang who escaped arrest later regrouped to launch a violent attack on residents of the community.
Sources said the gang members destroyed a police post and a vehicle belonging to the Divisional Police Officer of the area on the premises.
The attackers also torched the palace of Obobanyi of Emani, Samuel Onimisi, and the private residence of the state Commissioner for Water Resources, Ozigi Salami.
Mr. Inalegwu said the violence was quickly halted through the intervention of a combined team of soldiers and police officers who were drafted to restore order.
While the Government has imposed a dusk to dawn curfew in the community, Inalegwu assured that  the security personnel were still in strategic positions in the town to maintain law and order.
by: Ebira Reporters.
Share on Whatsapp Share on Facebook Tweet
Tags: Ihima Okehi LGA
Share on
Share on Facebook Share on Twitter Share on WhatsApp Share on WhatsApp

THE MISCONCEPTION AND THE TRUE OWNER OF AJAOKUTA L.G.A.

What Did The Court Said About The Ownership of Ajaokuta? – Full Details.