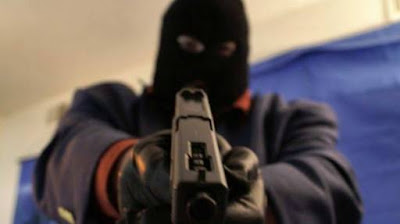 Suspected kidnappers have killed an expatriate, a policeman and one other person along the Lokoja- Ajaokuta road during a failed attempt to abduct the expatriate.
The incident, which was said to have happened on Sunday morning, also saw another policeman seriously wounded in the attack.
Newsmen gathered that the expatriate, a Chinese, was a management staff of the West African Ceramic Company, located in Ajaokuta, Kogi state.
It was gathered that the unidentified Chinese was in company of the two security men, who were ensuring his safety when the kidnappers struck.
The fully armed kidnappers were said to have abruptly stopped the vehicle in which the people were traveling with the aim of abducting the Chinese for ransom.
But the police officers were said to have resisted the attempt, following which they engaged the hoodlums in gun duel.
They were however overpowered by the hoodlums, who rained bullet on the policemen and their target, killing three of them and wounding one of the policemen.
The hoodlums were said to have fled the scene immediately the kidnapping failed and left the victims in the pool of their blood.
Confirming the incident, the Police Public Relations Officer (PPRO), William Aya, said the people were attacked by kidnappers operating along the Ajaokuta axis.
He however said investigation into the crime had commenced, saying the command was committed to the safety of the people.
Share on Whatsapp Share on Facebook Tweet
Tags: ajaokuta Kidnappers Violent
Share on
Share on Facebook Share on Twitter Share on WhatsApp Share on WhatsApp

Ebiras Vs Igalas: The Etymological And Scientific Truth About Ownership Of Ajaokuta, Lokoja

The Ebira people had their origin from Yemen and settled first at Wukari at the Kwararafa Kingdom of the present day Jukun community in Taraba state, Nigeria.