Welcome back to Ebiraland.com or is this your first time on this site? If it is then we say Welcome to the First and second to None Ebira Peoples Online Portal. The only portal you will e offered almost all facet of life in Ebiraland and the world in General, ranging from Ebira Names, Culture, Ebira Language, Ebira lifestyle, Ebira History, Ebira News, Kogi state latest news, And downloading of Ebira Music And Ebira Movies reviews For free plus Interviews. 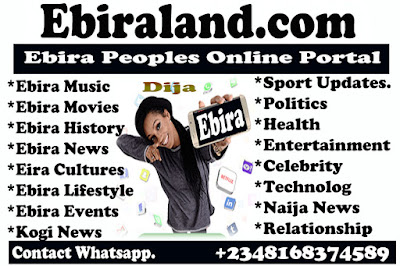 After reading this please take just 5 seconds of your time to subscribe to this site with your email address to receive articles like this one and latest news in Ebiraland rightly in your inbox for free and take just 2 seconds to share the love with your colleagues.  And take just 3 seconds to drop your comment at the comment section below this article. Making it 10 seconds you spend to support us.

This is a very controversial matter and there seems to be no authoritative explanation yet. But according to Ebira tradition coupled with the British reports, we are known as because the man who had led people to found what later became Igbirra Division in 1923 was called “Ebira”.

Cator [1917:11] reported: “The Egbirra settled down as five branches [in close contiguity but fairly distinct] under five sons of their Old Chiefs whose name is said have been Egbira or Igbirra; and the branches  were called after the five sons, Okengwe, Odabi, Ihima, Ika Ekehi”. This claim is questionable because the ancestor of Ebira panda and Ebira Igu was Ohimi and its difficult to explain why these other groups would prefer the uncles name.  However, the colonial administrators have the following explanation to give why the Ebira kinsmen at Igu and Panda are also called Ebiras. Statutory documents revealed that:

The Sarkin Koton Karfe is also a descendant of Aiyegba Doko, his ancestor being a son of this Atta by an Okpoto wife. He followed his Uncle Igbira into Kpeti country but afterwards re crossed the river, though calls himself an Igbira in preference to being known as Okpoto….” [Ethnological Notes On The Tribes In Idah Division] While this theory may explain why the descendants of Ohimi are known as Ebiras” we cannot justify its validity or infallibility. None of our traditions favors this theory. The word ‘Ebira’ seems therefore to have a common root. However according to Davis [In His Biu Book] Bira was believed to be the Old Jukun Capital on the Upper Gongola River and this Appear to be the only acceptable reason why Ebiras, the offshoots of the Jukuns, are called Ebiras [a shortened form of “Anebira” People Of Bira]. We should therefore be called “Ebira” and not “Igbira”.

Credits To E.D Ahmadu.
Who Are The Ebiras?.

Lagos Coronavirus Cases May Rise To 39,000