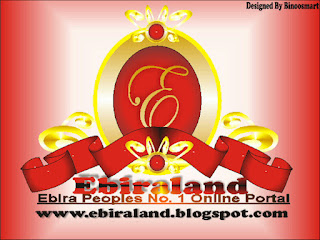 Nasiru Gumi, chairman of the national and state assembly rerun election petitions tribunal sitting in Lokoja, Kogi state capital, has vowed to resist any move to influence its decision.
Gumi, who made the vow at the inaugural sitting of the tribunal in Lokoja on Tuesday, urged counsel not to indulge in practices that would result in unnecessary adjournments.
Flanked by Catherine Nwobodo and Naheem Omotola, two justices who are members of the tribunal, the chairman said none of the six petitions before the panel would die in its hands.
“The mission of the tribunal is to look into all the petitions before it and do substantial justice,” he said.
“The petitions will be decided on merit, the panel would resist every move to influence its decision.”
He urged politicians, supporters of petitioners and respondents who had thugs, to keep them away from the state high court premises, venue of the tribunal.
Liman Salihu, chairman of the Lokoja branch of the Nigerian Bar Association (NBA), on behalf of Idah and Okene branches, pledged that the counsel would conduct themselves in a professional manner.
Of the six petitions arising from the February 20 rerun election, two are of the senate, one house of representatives while the rest three are challenging state assembly elections.
One of the petitions on the senate was filed by Moses Okili of the Social Democratic Party (SDP), challenging the return of Ahmed Ogembe of PDP as winner of the re-run election for Kogi central senatorial district.
The second petition, which is also from the senatorial district, was filed by Mohammed Ohiare of the All Progressives Congress (APC) against the return of Ogembe.
The only house of representatives petition was filed by Abdullahi Bello of APC challenging his exclusion from the Okene/Ogori-Magongo federal constituency re-run poll.
On the state assembly petitions, Ibrahim Abdulmumuni of APC is challenging the return of Ahmed Mohammed of the PDP as winner of Ankpa I, while Abdul Alhassan of PDP is challenging the return of Hassan Abdullahi of APC for Dekina-Okura.
Ocholi Ausa of PDP is challenging the return of Edoko Moses Ododo as winner of the rerun election in Dekina-Biraidu state constituency.
According to the tribunal chairman, the panel has 180 days to dispense with the petitions.
Source Credits :: Thecable.ng
From Yakubu Binuyaminu; For Music/Videos Promosion, Social Media Marketing, Tutorials, Blogging, Graphics Designing, for Feature. Whatsapp/Call: +2348168374589. email: binoosmart@gmail.com.