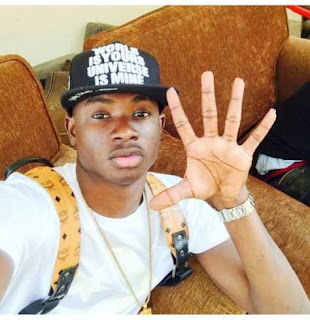 A Confirmed source close to YBNL disclosed to Naijaloaded that Lil Kesh is about to use the Exit door from Olamide’s owned record label, YBNL.

Naijaloaded source confirmed that his contract expired 2 weeks ago and Lil kesh said he’s not interested in renewing the deal.

Lil Kesh will be floating his own label soonest named “YAGI” soon.

Naijaloaded source further confirmed that this is the main reason why Olamide has not said anything concerning shooting or releasing a video for any Track on the Lil Kesh’s Album… Very Unusual of YBNL.

We’ll keep you all posted as new stories unfold in the YBNL’s Camp.

Before we wrap this up, Here are few question we have for his Fans.

Do you think Lil Kesh will do good for himself outside YBNL?

Can he stand the Heat in the industry?
Drop your Comments.

HKN Boss Davido Reveals He Would Love To Take Lil Kesh From Olamide
‘One dance’ jumps to number 3 on billboard hot 100.