Home Binoosmart How to Tell if a Guy is Interested or Just Being Nice
Facebook
Twitter
WhatsApp
Admit it. Once you start getting attention from a cute guy, you immediately start wondering if he’s into you or just being sweet. Sometimes it can be ridiculously hard to determine if he’s actually on the same page as you or keeping you deep in the friend zone. Plus, it doesn’t help that most guys aren’t like Ryan Gosling in The Notebook and hang from ferris wheels just to get a date. Then again, that might be a little extreme, but still, in most situations it seems like you either wait forever to make a move or it just fizzles out. 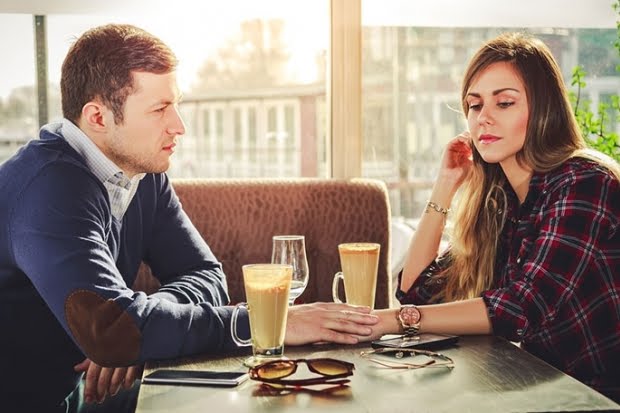 Well, we’re here to make the guessing games a little easier in the future with some tips from some fellow students and three love-life experts. With advice from Dr. Ish Major, psychiatrist, author and host of WeTV’s Marriage Boot Camp Reality Stars, Jasbina Ahluwalia, relationship expert, matchmaker/dating coach, radio show host and founder of Intersections Match, a matchmaking firm, and Dr. Carole Lieberman, Beverly Hills psychiatrist, you’ll be sure to find all the answers to this age-old question. So read on to find out if he’s feelin’ it or just not that into you.

As much as we love texting, it’s also so easy to hate it. Deciding on how long to reply, what to say and “to emoji or not to emoji” are very real issues. First and foremost though, you need to decipher his texts and understand what he’s trying to get out of this modern day form of communication.
If he texts you first a lot, that’s a pretty good sign. Evan Clark, a junior at the University of South Carolina, says that “if you text each other or hangout, it can’t always be the girl initiating. He should text you first or be thoughtful.”

This doesn’t mean that he always has to be the one initiating conversation; you should definitely feel free to text first on occasion. But if he shows initiative in texting you and trying to talk, then that definitely shows interest. WARNING: 3 a.m. texts might mean he’s interested, but that doesn’t mean he’s ready to date..

Dr. Major warns that those late-night texts should be taken with a grain of salt. “The trick ladies, is to not let your heart hide what your eyes can clearly see,” he says. “Just because you want it to be…doesn’t make it so. Look for: random texts centered around hook up days and/or specific times. Like the 11 p.m. text that reads: ‘Wyd?’ Translation: ‘Are you available to come over for a last minute hook up?’ If you’re cool with that then go for it. Just understand that will be what it is and expecting more may just disappoint you if you’re looking for something more long term.”

Dr. Lieberman says that even the dumb texts he sends can be a good sign. “If he texts you for no special reason or for reasons that are lame, he’s looking for ways to connect,” she tells us. “If he texts you repeatedly before you’ve answered his text, he’s feeling anxious that you don’t like him.”
So yes, even those random texts asking about class can just be an excuse for him to talk to you. But don’t confuse that with him just asking for the answers to the homework. According to Dr. Major, his texts should be spontaneous and happen during varying times of day. Overall, there should be some consistency, if he texts you once a month, that’s probably a red flag.

This is a huge telltale sign, because it’s a way of telling you how he feels without actually saying anything. The only problem is that half the time you end up over-reading all the little things. So when he walks by you and brushes your arm, you immediately think he was sending you a sign, when in reality he might literally just be walking by.

Dr. Major says there are some key signs to look out for. “80+ percent of how we communicate is through body language. He’ll be open to you, facing you directly or naturally in close proximity. Direct eye contact, but not creepy eye contact. He’ll smile and not look bored (because he’s not; he’s excited to be there with you) and he’ll actually nod and lean in while you’re talking (because he’s actually listening to what you have to say and not simply politely waiting to respond). You’ll notice he takes every opportunity to literally reach out and touch you; your (arm, hand, hair etc.) just in casual conversations. He will literally try to ‘connect’ with you.”

Pay attention to his actions, they might be the most telling sign. If anything, the attention and time he spends around you are key for determining his level of interest.

This can be tricky to decipher because in social situations, the whole point is to be social. That means he can’t always be around you showing 100 percent of his attention, making it slightly more difficult to see if he’s just being a friend or is interested. So look out for two things: how much attention he shows and how he acts when he’s around you.

However, Dr. Lieberman says, “One big clue that he’s not interested is when you’re in social situations and he keeps looking up at every pretty girl who goes by, or if he’s making an effort to let others know that he’s not really with you in a romantic sense.”

Obviously he will have other friends that he wants to hang out with—and yes, they might be girls—but if it seems like he’s completely distracted, then he might just be appeasing you.

This is one of the most important social signs to pay attention to because it can determine how serious someone is about you. If most of your conversations revolve around what you did last night, then it might just be casual conversation. But if you find yourself having in-depth, meaningful conversations, then you might be on the right track.

Sarah Westbrook, a junior at the University of South Carolina, says that interesting conversation is how she knows it’s more than a placation. “When a guy is asking me personal questions or shows an interest in what I’m thinking about, how I’m doing that day, or just my life in general, it shows that there’s more to it than him just being nice,” she says.

According to Dr. Lieberman, that is good advice. “A guy who is interested in you will want to talk about you, not just himself,” she says. “He’ll ask you questions and then follow up on topics that seem to interest you. For example, he’ll ask you to tell him about your major and why you chose it, your favorite music artists and what you like about them, and your opinions about things in the news. He wants to get to know you.”

It’s also important to see how he acts during these conversations too, because not all guys are conversational, but there’s a difference between being shy and not into it. Sarah Madaus, a sophomore at Temple University, says, “If he seems disinterested in your conversations, or even when he asks you a questions, he’s probably just trying to be nice.”

Dr. Major also reminds that conversations shouldn’t be too superficial “The more he gets to know you the harder it’ll be to drop you so if he’s planning on doing that soon he won’t want to know much about the real you,” he tells us. “No guy likes being the guy who treated a nice girl poorly. But a girl he barely even knew…that makes it easy. So ladies, don’t make it easy for him. If he’s going to be around you, force him to get to know you.”

In general, it should be a two-way conversation. Yes, it might feel slightly awkward—come on, when aren’t first convos awkward—but it should also be engaging and interesting.

If all else fails, Ahluwalia says to use the acronym PICCK, which stands for Prioritize, Integrate, Consistent, Cares, and Keep, to see if the interest it there.
She defines it like this:

Dr. Major also has some advice that might actually contradict what you thought you knew about reading a guy. He says that if “he [doesn’t] talk about himself much. Serious red flag! Guys love, love, love to brag about themselves. Especially to the lady who’s heart they’re trying to win! If he’s not talking himself up in your presence, straight up boasting or even bashfully so, he’s not trying very hard to win you over.”

So although you might associate bragging with douchey-ness, it actually is a way for him to impress you. After all, he better be impressive if he’s going to win you over.

Figuring out whether a guy is just being nice or actually into you isn’t always easy, but Dr. Major reminds us that “ultimately ladies, it’s up to you to set the expectations immediately and openly for your relationship. Tell him exactly what you want. If he’s the guy for you then he’ll follow suit and step up to the task. Any effort less than that is just that, less than, and not what you want. Say the most magic word in dating, ‘next,’ and move on.” With these tips, you’ll be able to decode even the most confusing messages.

Onyiete the Ex-Love of My Life Flashed Me Today. (I Almost Got Beaten Up).

A Note For Onyiete The Ebira Girl I Love.

The Significance, and Uses of Ebira Waist Beads

Who Are The Indigenes’ Of Okene {Anokene}, The Fact About Okene People

Ancient Ebira Names And Their Meaning In English.

The Essential Guide To Okene Market (Ohu Variki) -by Binoosmart

Ebira Movie: Watch As Ohunene Talked About Her New Project.

[Friday sermon] The Importance Of Keeping Secret In Islam