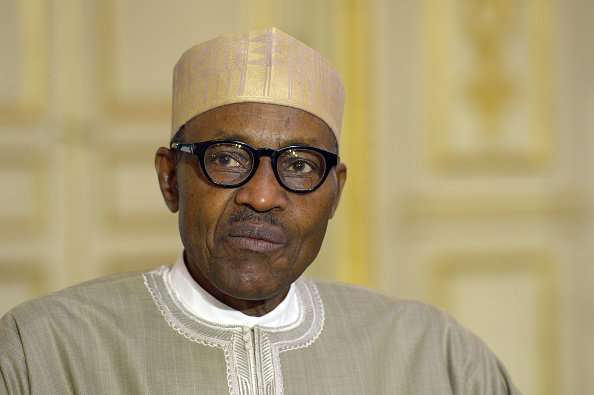 President Muhammadu Buhari has again reiterated his call to those who stole public funds to negotiate and return their ill-gotten wealth peacefully.

He made the call yesterday at the Aso Rock Presidential Villa, Abuja during an Eid el-Fitr homage paid by residents of the Federal Capital Territory, FCT.

President Buhari, however, warned that if the looters fail to comply, they would not know peace as the government would continue to pursue them until it recovers the looted funds.

“Please, tell those with plenty of money which does not belong to them to try and negotiate and return it in peace so that we will be in peace. Otherwise, we will continue to look for it”, he said.

The president also renewed his call to the Niger Delta militants, who are blowing up oil and gas facilities in the region, to embrace peace and give the country a chance.

He stressed that the unity of the country is not negotiable and advised groups clamouring for Nigeria’s break-up to perish the thought.

The president said the slogan in the 1970s, “Go On With One Nigeria” championed by General Yakubu Gowon (retd), is very apt now as keeping Nigeria one is a task that must be done”.

He noted that while there had been a lot of improvement in the fight against the Boko Haram insurgency, government was currently focusing on the Niger Delta militancy.

Mr. Buhari assured the Niger Delta people of justice, saying they would get their dues in accordance with the constitution.

“On security, we have made a lot of improvement. Regarding the Boko Haram insurgency, there is improvement. We are now concentrating on the militants to know how many of them in terms of groupings and leadership as well as plead with them to try and give Nigeria a chance. In those days, we never thought of oil. All we were concerned about was one Nigeria. So, please pass this message to the militants, that one Nigeria is not negotiable. And they had better accepted. The Nigerian constitution is clear as to what they should get, and I assure them there will be justice”, he said.

Earlier in his remarks, Vice President Yemi Osinbajo, who led the delegation that paid Sallah homage to the president, said the past one year had been tough for the country due to the mess left by the immediate past administration.

Prof. Osinbajo said the Buhari administration inherited a huge financial mess and was still clearing the rot it met on ground.

He assured that the present administration would place the nation on a strong footing, and prayed that as Buhari grows older, he would be stronger.

The FCT Minister, Mohammed Musa Bello, on behalf of Abuja residents, presented a giant season’s greeting card to the president and the Aso Villa chapel, a mirror and another card.

Those in attendance included Secretary to the Government of the Federation Babachir Lawal, National Security Adviser Babagana Monguno, some members of the Federal Executive Council, security chiefs, religious leaders and traditional rulers.

The Senate President, Abubakar Bukola Saraki and the Speaker of the House of Representatives, Yakubu Dogara sent representatives to the event.

NUC DROPS WARNING – IF YOU ARE STUDYING ANY OF THIS COURSES IN NIGERIAN UNIVERSITIES, YOU ARE NOT IN SCHOOL (SEE LIST)

See What is Happening To Zariagi Community, Adavi L.G.A of Kogi State.

How To Cook Apapa, Ebira Peoples Moi Moi. : With Pictures

Ebira Movie: Watch As Ohunene Talked About Her New Project.

[Friday sermon] The Importance Of Keeping Secret In Islam